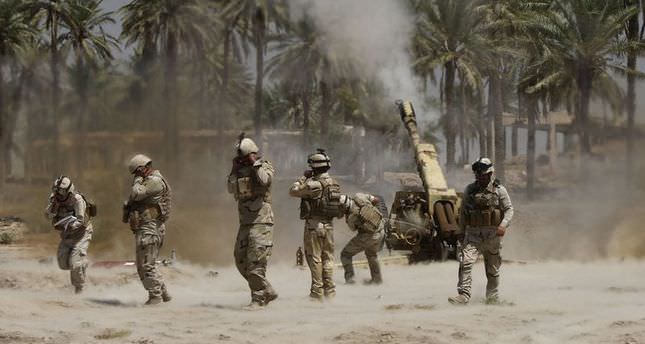 by Jul 04, 2014 12:00 am
The Iraqi army drove ISIS insurgents out of late dictator Saddam Hussein's home village, state media and police said, part of a campaign to retake wide areas of northern and western Iraq overrun by the rebels.

The al Qaeda splinter group leading the insurgency has declared what they call as Islamic caliphate erasing the borders of Iraq and Syria, and threatened to march on the Iraqi capital Baghdad to topple the Shi'ite-led central government.

Pursuing a counter-offensive, government forces along with Shi'ite Muslim volunteers backed by helicopter gunships recaptured the village of Awja on Thursday night, according to state media, police and local inhabitants.

They said three insurgents were killed in an hour-long battle, and the main body of militant forces had fled south along the eastern bank of the Tigris River across from Awja.

State television quoted the prime minister's military spokesman, Qassim Atta, as saying that Awja had been "totally cleansed" and 30 militants had been killed. No casualty figures could be independently verified.

But the mainly Sunni communities along this corridor remained hostile towards government forces and their convoys were coming under guerrilla attack, while the city of Tikrit a few km north of Awja remained in the grip of insurgents.

Tikrit fell early in the lightning offensive last month that gave jihadi militants led by the Islamic State, formerly known as the Islamic State in Iraq and the Sham (ISIS), control of most majority Sunni regions north of Baghdad.

During his decades-long rule until his fall to a U.S.-led invasion in 2003, Saddam Hussein surrounded himself with relatives from Awja and Tikrit, creating a praetorian circle of aides from the Sunni Arab Albu Nasir tribe.