Egypt to raise fuel prices by up to 78 percent 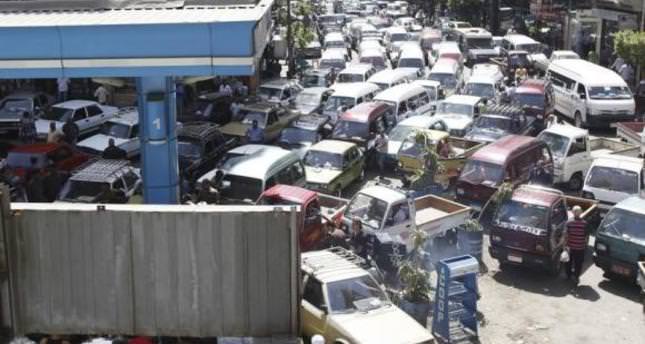 by Jul 05, 2014 12:00 am
Egypt was set to raise mainstream fuel prices by up to 78 percent from midnight on Friday, an Oil Ministry source told Reuters, in a long-awaited step to cut energy subsidies to ease the burden on its swelling budget deficit.

Food and energy subsidies traditionally eat up a quarter of state spending. The government is cutting subsidies in hopes of reviving an economy battered by more than three years of political turmoil.

"The increase will start being implemented by midnight," the source said.

Diesel will rise to 1.80 pounds per liter, an increase of 63 percent, while the less commonly used natural gas for vehicles will rise by 175 percent to 1.10 pounds per cubic meter.

Khaled Hanafi, Egypt's supplies minister, confirmed the cuts on private television channel Sada al-Balad, saying the state will cancel 90 octane gasoline and the price for 92 octane gasoline would be 2.60 pounds while the price for 95 octane gasoline would rise to 6.25 pounds. He also confirmed that diesel prices would rise to 1.80 pounds. Newly elected president Abdel Fattah al-Sisi has already raised electricity prices in efforts to reform energy subsidies, one of a range of politically sensitive subsidies that also cover transport, food and agriculture.

"An increase in fuel prices has been expected and while it is likely that there will be some inflationary repercussions, a rise in prices to a market price is necessary," said Angus Blair chairman of business and economic forecasting think-tank Signet.

"It should be noted that the effect of a rise in fuel prices will not affect the poor directly, since they do not own cars," he added.

Electricity prices began to rise this month under a plan to eliminate power subsidies within five years, the electricity minister said on Thursday.

Electricity prices are set to double over five years, but the introduction of a more graduated pricing structure aims to reduce the burden on the poor in a country where one person in four lives on less than $2 a day.

State finances have been decimated by more than three years of political turmoil, but the government is trying to improve them without provoking a backlash from Egyptians, who have helped topple two presidents since 2011 but have yet to see an improvement in living standards.

Egypt's Finance Minister Hany Kadry Dimian announced deep cuts in energy subsidies in the 2014/15 budget that would save the government 40 billion pounds.

The revised budget seeks to reduce the deficit to 10 percent of gross domestic product in the next fiscal year, from an expected shortfall of 12 percent in the 2013/14 fiscal year.