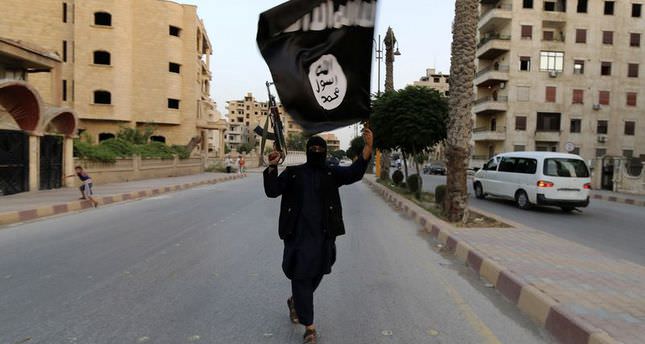 by AA Jul 05, 2014 12:00 am
Muslim scholars have rejected as "inappropriate" an announcement by Islamic State of Iraq and Sham militants that they are forming what they call as "caliphate", or Islamic state, in areas they control in Iraq and Syria.

The International Union of Muslim Scholars said in a statement on Saturday that the ISIS's declaration contravened "Islamic principles and the actual conditions".

ISIS announced its goal on 29 June and appointed its leader Abu-Bakr Al-Baghdadi as the caliph of the Islamic world, drawing wide criticism.

The group also said it had changed its name to Islamic State, or IS.

But the Islamic scholars said the move did not contribute to Islam and it was wrong to associate the term "caliphate" with an extremist group.

"A group's sole declaration of caliphate without a wide consensus is inadequate and contradicts with Islamic law," their statement added.

ISIS, a rebel group fighting in Syria, has also expanded its territories in Iraq following its capture of Mosul, Iraq's second-biggest city, on 10 June with the help of tribes in the region.
Last Update: Jul 05, 2014 7:54 pm
RELATED TOPICS