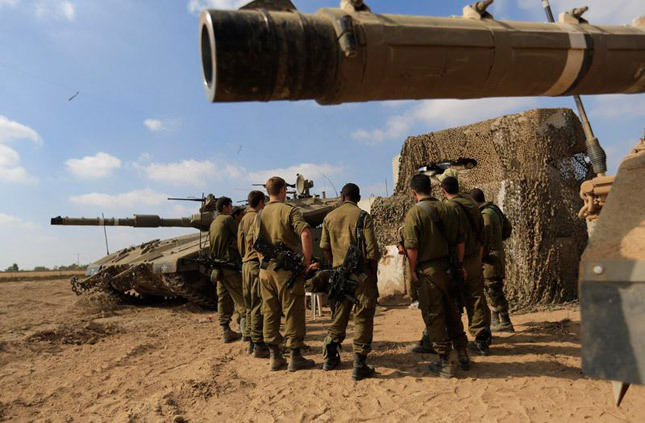 It added in a statement that the new strike comes on the heels of launching three rockets from Gaza on the building of Eshkol Regional Council in southern Israel.

The Israeli army noted that 14 rockets have been fired from Gaza since midnight, including 12 rockets that fell in southern Israel, while one rocket was intercepted by the Iron Dome system and another fell inside the Gaza Strip.

Israeli army spokesman Peter Lerner said earlier that the Iron Dome system had intercepted a rocket fired from Gaza, while another rocket fell in an empty area, causing no damage.

On Friday, the Israeli army said a total of 150 rockets had been fired on Israel from the Gaza Strip since the June 12 abduction of three Jewish teens, whose bodies had been found later southern the West Bank.