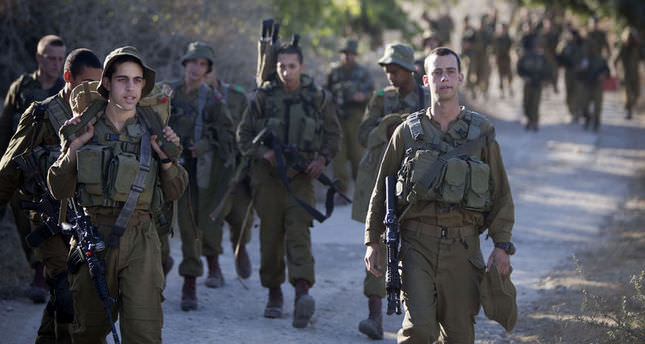 by AA Jul 06, 2014 12:00 am
Israel's police detained late Sunday 31 Arab residents after clashes that had erupted during protests against last week's kidnapping and killing of a 16-year-old Palestinian by suspected Jewish settlers.

Israel Radio said policemen had detained 22 Arabs, including 12 minors, in the northern Nazareth town on suspicions of being involved in clashes with Israeli policemen.

Israel has deployed 10,000 soldiers in different Arab cities against the background of rising tensions.

Violent clashes had erupted between residents and Israeli soldiers in different Arab cities and continued into the early hours of Sunday.

Similar clashes were also reported in the neighborhoods of occupied East Jerusalem.

The confrontations were triggered by last week's abduction and killing of a 16-year-old Palestinian teen near Jerusalem by suspected Jewish settlers.