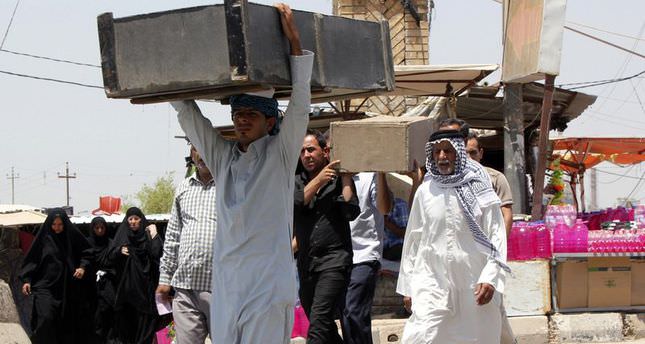 by Jul 10, 2014 12:00 am
Iraqi security forces found 53 corpses, blindfolded and handcuffed, south of Baghdad on Wednesday.

Officials said dozens of bodies were discovered near the mainly Shi'ite Muslim village of Khamissiya, with bullets to the chest and head, the latest mass killing since ISIS (Islamic State of Iraq and Sham) insurgents swept through northern Iraq. "Fifty-three unidentified corpses were found, all of them blindfolded and handcuffed," Sadeq Madloul, governor of the mainly Shi'ite southern province of Babil, told reporters.

He said the victims appeared to have been killed overnight after being brought by car to an area near the main highway running from Baghdad to the southern provinces, about 25 km (15 miles) southeast of the city of Hilla.

The identity and sectarian affiliation of the dead people was not immediately clear, he said.

ISIS militants have been carrying out attacks around the southern rim of Baghdad since spring. In response, Shi'ite militias have been active in rural districts of Baghdad, abducting civilians they suspect of terrorism, many of whom later turn up dead.