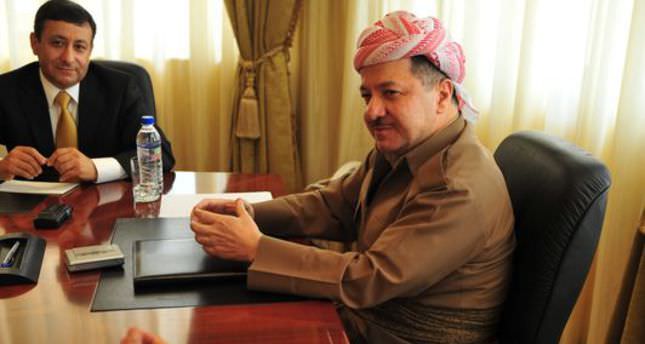 by AA Jul 10, 2014 12:00 am
Kurdish Regional Government President Massoud Barzani has called for Iraqi Prime Minister Nouri al-Maliki to apologize and resign for his inability to steer the country away from violence.

Barzani was responding on Thursday to Maliki's claims that the Kurdish authority was sheltering militants from ISIS as well as anti-government Baathist and al-Qaeda-linked fighters.

In a statement Barzani's spokesman Umit Sabah said: "He [Maliki] has become hysterical and has lost his balance. He is doing everything he can to justify his failures and put the blame on others for these failures."

Dismissing Wednesday's "groundless" claims of sheltering ISIS, Sabah accused Maliki of "trying to pass the buck to others for his own political incompetence and smashed policy."

In a statement that further hardens divisions between the Kurdish government and Maliki's Shia-dominated government in Baghdad, Sabah told the Iraqi president: "It was you who gave Iraqi land and the assets of six army divisions to ISIS."

ISIS-led fighters captured large amounts of heavy weaponry and territory when the Iraqi army fled in the face of the militants' advance through northern Iraq in June.