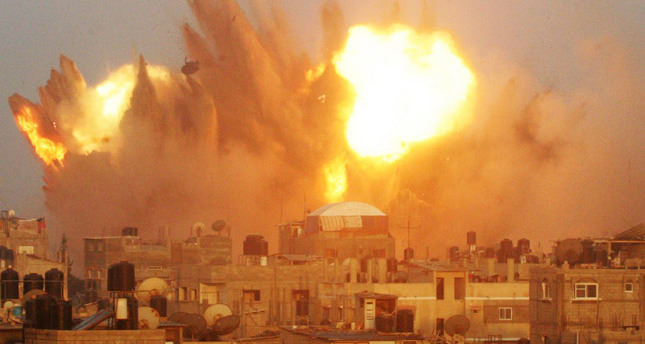 by AA Jul 13, 2014 12:00 am
Renounced Norwegian doctor Mads Gilbert on Sunday accused the Israeli army of using internationally banned weapons in its ongoing offensive against the Gaza Strip.

Gilbert told a press conference in Shifa Hospital in Gaza City that examinations of the bodies of the Palestinian victims showed that they had been subjected to internationally banned weapons.

He added that these weapons cause major damage to the bodies, especially the limbs.

Gilbert did not, however, elaborate on the banned weapons allegedly used by Israel.

Israeli authorities were not immediately available to comment on the accusation.

He called on international legal groups to document the "Israeli crimes" against Gaza civilians.

"Since the start of its offensive, Israel has deliberately targeted civilians and families," said the official.

"Israel is using its full military power against armless children and women," he added.

Israel has launched a military offensive-dubbed "Operation Protective Edge"-against the Gaza Strip with the stated aim of ending rocket fire from the enclave.

At least 166 Palestinians, mostly civilians, have been killed in Israeli airstrikes since late Monday.