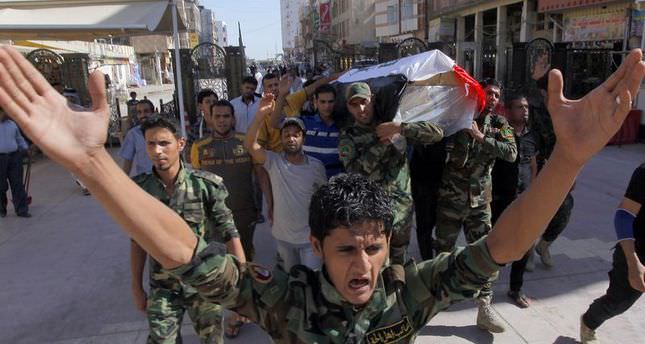 Ghazwan al-Juburi from the local Jubur tribe said that at least eight policemen were killed and 16 others were wounded after the rebels stormed the town, which was seized by the army last month.

Separately, six civilians were killed and 10 people were injured when a car bomb exploded in Baghdad on Monday, according to security sources.

Unidentified gunmen detonated the vehicle laden with explosives in al-Alawi district in Baghdad, inflicting damage on houses and cars.

No group has yet claimed responsibility for the bomb attack.

Iraq saw a significant increase in sectarian violence between Sunni and Shia Muslims since June, when a coalition of armed opposition groups led by the Islamic State of Iraq and Sham took control of large swathes of the country's predominantly Sunni provinces.

The latest wave of insurgency began when militants captured the city of Mosul on June 10 and soon afterwards took control of a number of other key cities and towns including Tikrit, Tal Afar, Fallujah and Baiji.