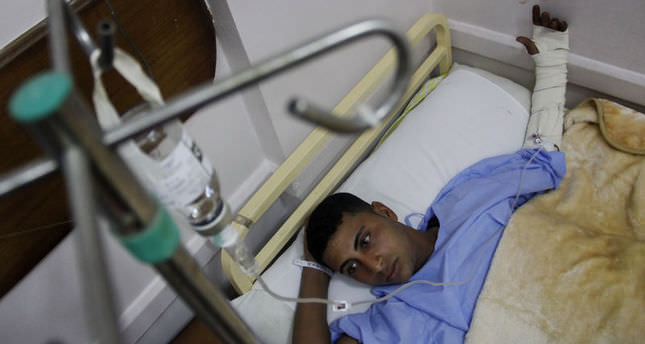 by AA Jul 14, 2014 12:00 am
Eight people, including a child, were killed and 27 others wounded in a series of attacks late Sunday in North Sinai province.

In a statement, the Egyptian Interior Ministry said a mortar shell had hit the market area in the provincial capital Arish, killing seven people, including a child, and wounding 25 others.

It did not, however, elaborate on the identities of the deceased nor who had fired the mortar shell.

Meanwhile, one soldier was killed and two others injured in a rocket attack on a security camp in Arish late Sunday, according to the state-run news agency.

The Egyptian army is already engaged in a wide-ranging military operation in Sinai, launched last September with the stated aim of countering militant attacks.

In recent years, the parched peninsula has become a hotbed for militants.