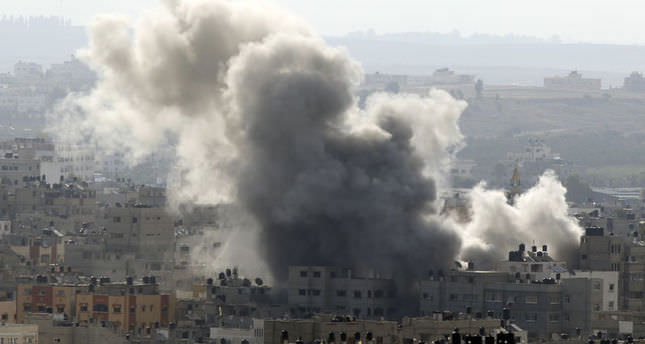 by Anadolu Agency Jul 15, 2014 12:00 am
Israel approved the Egyptian-proposed Gaza truce on Tuesday, minutes before it was to come into effect at 0600 GMT, Israeli officials said.

While a senior leader said that Hamas is still considering the ceasefire proposal, no official stance was announced yet.


Israel said that Prime Minister Benjamin Netanyahu's security cabinet had convened to vote on the deal at Israeli military headquarters in Tel Aviv.

Since last Monday, Israeli warplanes have struck more than a thousand targets across the besieged enclave, which is home to around 1.8 million Palestinians killing more than 190 people.