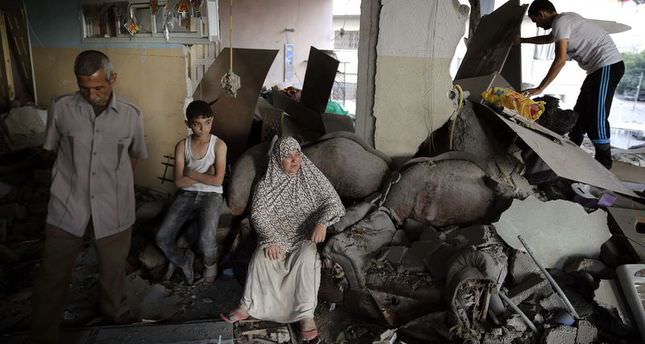 by AA Jul 17, 2014 12:00 am
Israel will suspend its military offensive in the Gaza Strip for five hours on Thursday to allow the delivery of humanitarian aid, an army spokesman said Wednesday.

"Israel will suspend military operations as of 10:00am (7:00GMT) for five hours on Thursday in response to U.N. requests," spokesman Avichay Adraee wrote on Twitter.

He said that the move aims "to allow residents to buy their basic necessities".

The spokesman, however, warned that Israel will respond to any attempt to fire rockets during the ceasefire.

Israel Radio reported earlier Wednesday that Israel has approved a U.N. request for a six-hour ceasefire to deliver humanitarian aid into the Gaza Strip.

According to the Radio, U.N. Special Coordinator for the Middle East peace process Robert Serry has asked both Israel and Palestinian group Hamas to cease fire for six hours to help deliver humanitarian aid into the strip.

Since July 7, Israeli warplanes have pounded the Gaza Strip with the ostensible aim of ending Palestinian rocket fire from the besieged coastal enclave.

At least 230 Palestinians, mostly civilians, have been killed so far – and more than 1698 injured, many seriously – in unrelenting aerial attacks by the self-proclaimed Jewish state.