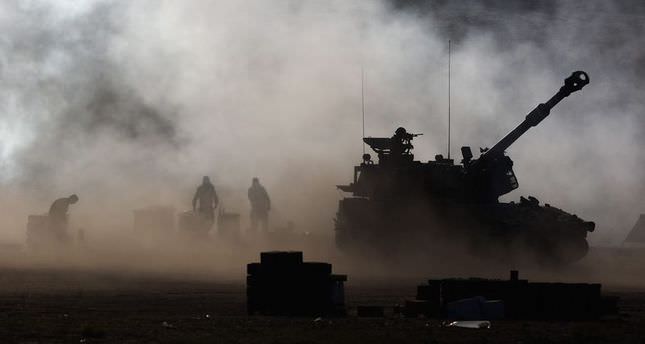 by Daily Sabah with AA Jul 17, 2014 12:00 am
Palestine's Resistance group Hamas has set out the conditions it requires before signing a ceasefire agreement in Gaza, as follows:

- Lifting the economic blockade on Gaza.

- Reopening the Rafah border crossing between Gaza and Egypt. The crossing is Gaza's only window to the outside world not under Israeli control but Egypt generally only opens the crossing for exceptional cases and for limited periods.

- The release of Palestinian prisoners jailed in Israeli prisons since June 12.

- Israel not to intervene in Palestine's unity government, unveiled in June following a reconciliation between Hamas and rivals Fatah.

At least 230 Palestinians, mostly civilians, have been killed and more than 1,698 injured since Israel launched Operation Protective Edge more than a week ago.