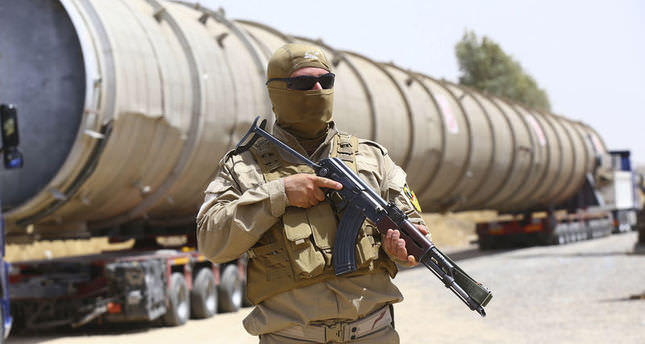 by AA Jul 17, 2014 12:00 am
Iraq is losing $1.5 billion per month as the Kirkuk-Ceyhan oil pipeline has stopped operation since March due to the insurgency led by Sunni fighters, according to an Iraqi oil ministry official.

The main oil pipeline between Iraq and Turkey has been out of action since March due to attacks on the pipeline by militants from the Islamic State in Iraq and Sham, known as ISIS.

But the press adviser for the Kurdish Regional Government's Parliament, Tareq Jawhar, told The Anadolu Agency that statements regarding the economic damage caused by ISIS are only excuses for not being able to protect the pipeline.

Although the pipeline from Kirkuk has been out of operation since May 22, the Kurdish Regional Government has been exporting its own oil via a new pipeline to Turkey, despite long-standing disagreements with Baghdad over the sale of oil through Turkey to the international market.