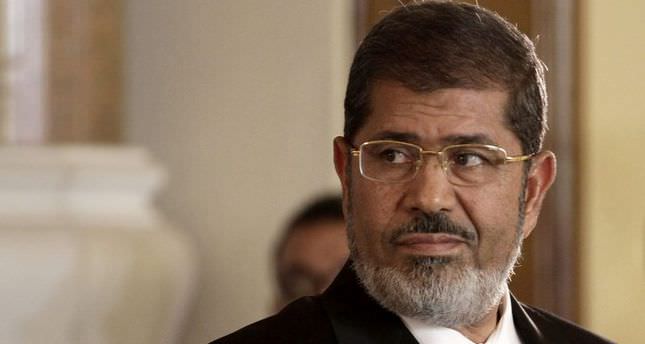 by AA Jul 18, 2014 12:00 am
Egyptian police arrested early on Friday the youngest son of ousted president Mohamed Morsi in the central province of Beni Sueif, a security source said.

"Abdullah was boarding a train heading to the province of Aswan when he was arrested," the source told Anadolu Agency.

He said Morsi's son was taken to the security directorate in Beni Sueif.

Abdullah was sentenced to one year in jail and a fine of 10,000 Egyptian pounds (around $1398) in March on charges of drug possession.

The authorities say Abdullah was arrested in early March inside a car on the outskirts of capital Cairo together with a friend in possession of hash.

Morsi's elder son Osama said his brother was arrested on the train as he headed to the house of a friend.

He added that his brother did not attempt to escape and that he had his identification papers with him at the time of his arrest.

When the charges were brought against them in March, Abdullah and his friend denied them.

Abdullah accused policemen of fabricating the charges against him and his friend when they learned that he was the son of the ousted president.

Morsi was ousted by the army in July of last year following mass protests against his one-year rule.

Egyptian authorities have since clamped down on supporters and sympathizers.
Last Update: Jul 18, 2014 12:57 pm
RELATED TOPICS