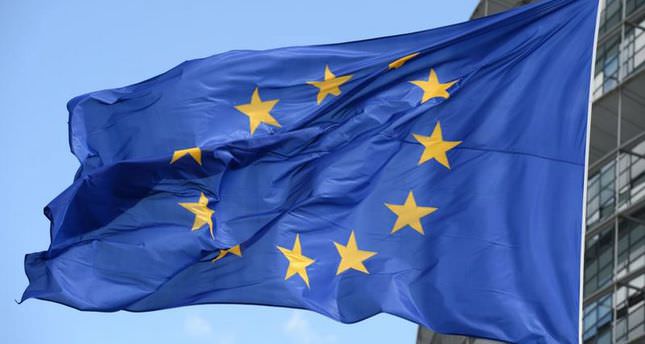 by Daily Sabah Jul 25, 2014 12:00 am
The European Union released a statement on Friday and demanded all parties in the Gaza conflict to agree on a ceasefire based on the November 2012 ceasefire agreement.

"We are extremely concerned about the continued escalation of violence in the Gaza Strip and the deplorable increase in the number of civilian deaths, among them more than 190 children. We reiterate the condemnation of the loss of civilian lives in particular the most recent deaths of 16 Palestinians seeking shelter in the UNRWA school in Beit Hanoun which came under fire. We call for an immediate and thorough investigation into this incident. This is the fourth occasion on which an UNRWA shelter has come under fire. We call on all parties to respect the inviolability and the integrity of UN premises. These latest events underscore the importance of establishing humanitarian corridors in Gaza as a matter of urgency. Civilians who wish to leave conflict zones must be allowed to do so."

"Israeli military operations must be proportionate and in line with international humanitarian law. We reiterate our condemnation of the indiscriminate firing of rockets into Israel by Hamas and other militant groups."

"The recent tragic escalation of hostilities underlines the unsustainable nature of the status quo in Gaza and the need to address the humanitarian and socio-economic situation there without further delay. " said in the statement.

Meanwhile, Israel has announced that Israeli Prime Minister Benjamin Netanyahu's security cabinet has rejected Egyptian proposals for a ceasefire in the Gaza Strip.