World leaders to attend talks in Paris for Gaza ceasefire 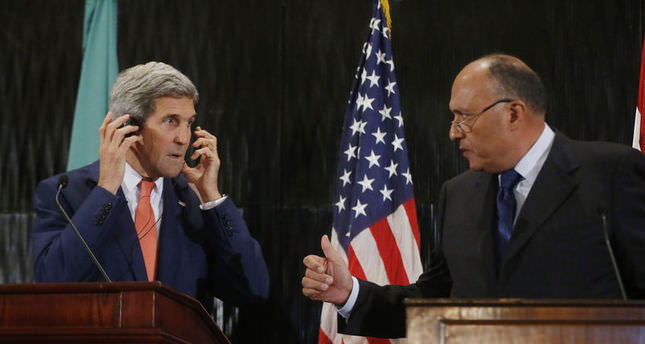 by Jul 25, 2014 12:00 am
The U.S., Britain, Germany, Italy, the European Union, Turkey and Qatar will attend talks on Saturday in Paris aimed at converging "all efforts" for a ceasefire in Gaza, a French diplomatic source said on Friday.
In a press conference in Cairo on Friday, U.S. Secretary of State John Kerry no ceasefire had been reached yet in the deadly conflict in Gaza as he and U.N. chief Ban Ki-moon urged a seven-day halt in fighting.
Kerry, who has been leading international efforts to reach a truce, said at a press conference in Cairo with Ban that both the sides "still have some terminology" to agree to on a ceasefire, but added they had "fundamental framework" on a truce, Agence France-Presse reported.
Kerry added that he had not submitted any formal truce proposal to the Israeli government.
"They may have rejected some language in the proposal within the framework ... but there was no formal proposal submitted from me," he said.