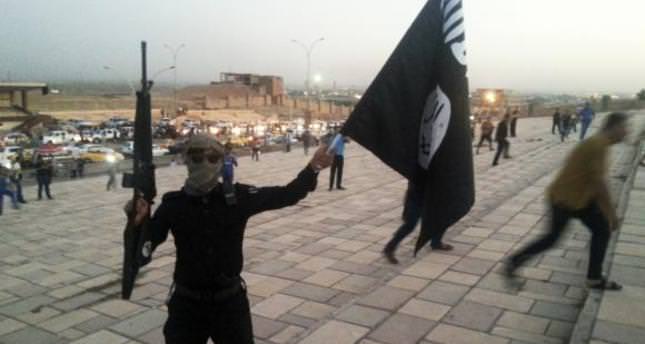 by Jul 31, 2014 12:00 am
Iraqi Shi'ite militia forces executed 15 Sunni Muslims and then hung them from electricity poles in a public square in the town of Baquba, northeast of Baghdad, on Wednesday, police said.

With Iraq sliding ever closer to all-out sectarian civil war, a car bomb exploded near restaurants and shops in the capital's Shi'ite district of Sadr City, killing 16 people, while another car bomb killed five in Baghdad's Ameen district, police said.

A police officer at the scene in Baquba, a mixed Sunni and Shi'ite town 65 km (40 miles) from Baghdad, said he believed the gruesome display of the bodies was designed to warn Sunnis off supporting the Islamic State, an al Qaeda offshoot that has seized swathes of land in an advance through northern Iraq.

The victims, who had been kidnapped over the last week, were shot in the head and chest and then hung up by cables.

"The militia forces are preventing the medical crew from taking down the bodies," the police officer said.

"They are following a new tactic of keeping bodies hanging for a longer time to deter the Sunni population from backing the Islamic State. We asked them to let us evacuate the bodies but they refused."

Even before Islamic State's dramatic advance, Prime Minister Nuri al-Maliki's Shi'ite-dominated government had already alienated many in the Sunni minority with what they saw as authoritarian government biased towards Shi'ites, prompting some to find common cause with Sunni militants.

The U.S.-funded and trained Iraqi army unraveled in the face of the Islamic State's sweep through the north, and violence in other parts of Iraq has increased since then, raising fears that the OPEC member will relapse into the dark days of sectarian civil war that peaked in 2006-2007.

Maliki is currently ruling in a caretaker capacity, having won a parliamentary election in April but failed to win enough support from the Kurdish and Arab Sunni minorities as well as fellow Shi'ites to form a new government.

On the battlefield, Shi'ite militias have stepped in to challenge the Sunni insurgents after Iraq's top cleric called on his compatriots to take up arms against the Islamic State.

Maliki promised in his weekly speech to the nation on Wednesday to end the threat from Islamic State.