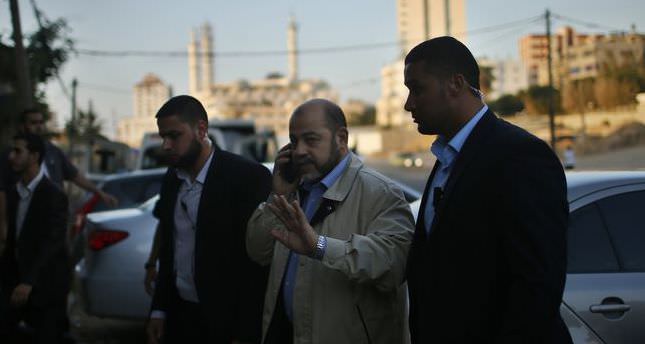 by AA Aug 01, 2014 12:00 am
An Israeli officer was captured and two soldiers were killed ahead of the start of a 72-humanitarian ceasefire in the Gaza Strip on Friday, senior Hamas leader Moussa Abu Marzouq has said.

"There is no justification for Israel to violate the truce as the officer was captured and the two soldiers were killed ahead of the truce," Abu Marzouq told Anadolu Agency.

He said that Palestinian factions were abiding by the truce and were only responding to Israeli "aggression".

"Israel ended the truce unilaterally," Abu Marzouq said. "We are committed to the truce and only respond to aggression."

An Israeli official earlier said on Friday that a 72-hour humanitarian ceasefire in the Gaza Strip had collapsed.

At least 40 Palestinians were killed and more than 100 others injured in Israeli shelling of Rafah city in southern Gaza Strip.

Israel has been pounding the Gaza Strip for almost four weeks, which killed at least 1458 Palestinians and injured more than 8300 others.