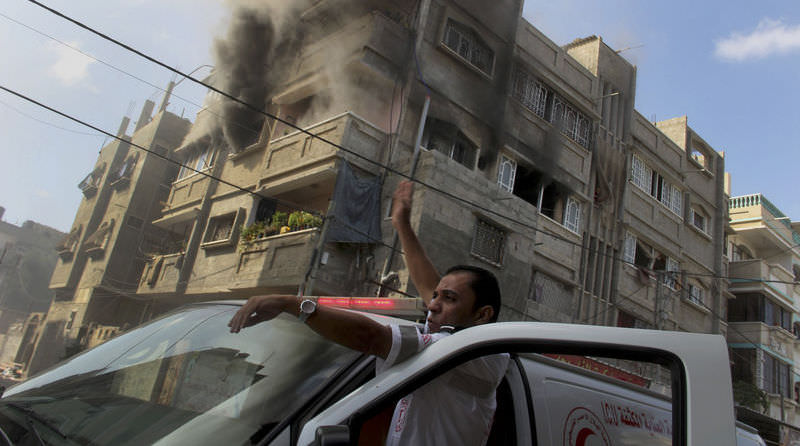 by AA Aug 01, 2014 12:00 am
Eight Palestinians were killed in Israeli shelling of eastern Rafah on Friday, in the first breach of a U.N.-brokered 72-hour humanitarian ceasefire in the Gaza Strip.

It remains unclear why Israeli forces shelled the area.

A 72-hour humanitarian truce began in the Gaza Strip between Palestinian resistance factions and Israel on Friday at a U.N. request to help civilians stock up on food.

The truce comes following 25 days of relentless Israeli attacks on the Gaza Strip, which killed at least 1440 Palestinians-mostly civilians-and injured 8000 others.

According to Israeli figures, at least 61 soldiers have been killed in battles with Palestinian fighters and three civilians by rocket fire.