10 killed in Israeli attack on UN school in Gaza 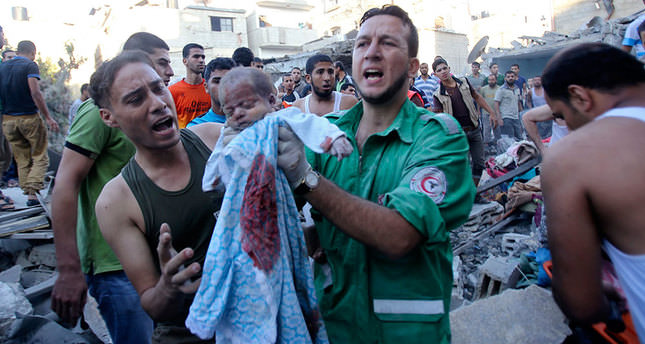 by Anadolu Agency Aug 03, 2014 12:00 am
At least ten Palestinians were killed Sunday in a strike on a UN school in Rafah, southern Gaza, which was sheltering Palestinians displaced by an Israeli military offensive, medics said.

Gaza emergency services spokesman Ashraf al-Qudra said another 30 people were wounded in the attack which took place in the southern city of Rafah, which straddles the border with Egypt.

Separately, a spokesman for the UN agency for Palestinian refugees said initial reports suggested there had been a shelling near a school housing almost 3,000 people.