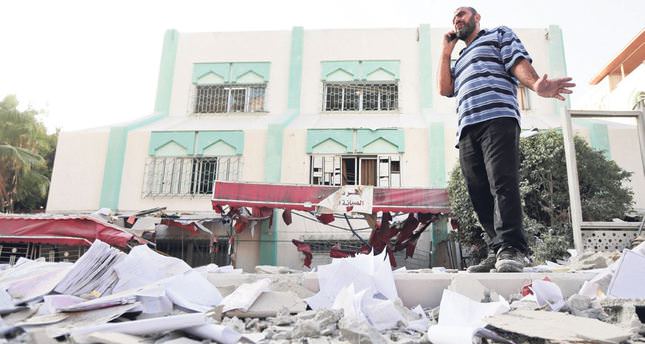 by Aug 04, 2014 12:00 am
A Gaza health official says 10 people have been killed by a strike near a United Nations school in the embattled coastal territory. Ashraf al-Kidra says another 35 were wounded after the hit near a boys' school in the southern town of Rafah that is sheltering people displaced by the 27-day conflict between Israel and Hamas. Witnesses said the attack happened while people were waiting in line for food supplies. It was not immediately clear whether the strike was the result of Israeli or Palestinian fire. The Israeli military had no immediate comment and the U.N. said it was not immediately clear where the strike originated.
Last Update: Aug 04, 2014 1:31 am
RELATED TOPICS