Israeli politician calls for Gazans to be round-up and exterminated 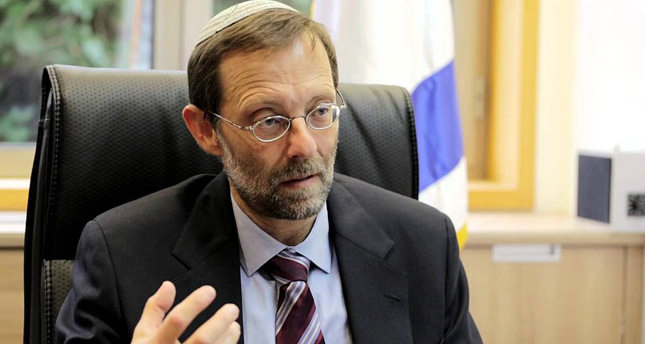 by Daily Sabah Aug 06, 2014 12:00 am
A senior Israeli politician has urged Israel to "conquer the entire Gaza Strip" and deport all Palestinians. Moshe Feiglin, the deputy speaker of the Knesset, published his plan on his Facebook page on Aug. 1, addressing Israeli Prime Minister Benjamin Netanyahu. "This is our country - our country exclusively, including Gaza" he wrote. In his letter, he rejected any Palestinian presence in the Israeli state territories and offered the creation of concentration camps where Gazans would be held there until they can be deported to other countries.

His plan is considered as a "direct and public incitement to genocide - a punishable crime under the Genocide Convention" while he faces a smear campaign by left-wing journalists. His letter has been condemned by hundreds of people via Facebook.
Last Update: Aug 06, 2014 10:50 am
RELATED TOPICS