If Gaza blockade not lifted Qassam to resume fire 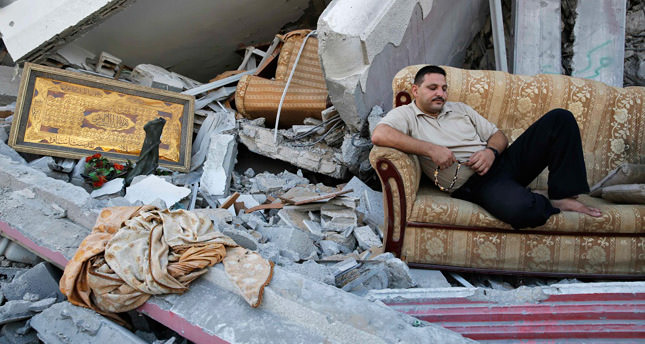 by AA Aug 07, 2014 12:00 am
The Ezzeddin al-Qassam Brigades, the armed wing of Palestinian resistance faction Hamas, have vowed to resume fire on Friday if Israel failed to lift the years-long blockade on the Gaza Strip.

"If the enemy failed to fulfill conditions of the resistance and lift the Gaza siege, we will resume the battle at 08:00am on Friday after the end of the 72-hour ceasefire," a leader of the Qassam Brigades told Anadolu Agency on Thursday.

"Our fighters are still ready to carry out their missions," he said.

An Egypt-proposed three-day ceasefire in the Gaza Strip between Palestinian factions and Israel will expire at 0800am on Friday.

The ceasefire was brokered following a month of incessant Israeli strikes against the Gaza Strip that left 1886 Palestinians dead and 9800 others injured. The attacks have also turned thousands of Gaza's buildings into mere rubble.