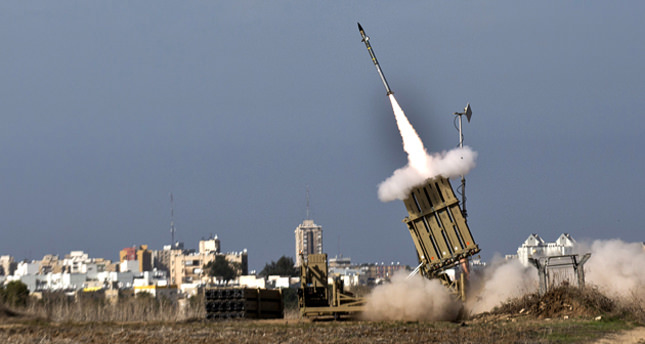 by Aug 07, 2014 12:00 am
The vast majority of rockets fired by Hamas at Israel over the past month were made in Gaza using civilian materials, a senior Israeli military official said Thursday.

The coastal Palestinian enclave was the setting for the 28-day conflict with Israel, during which Israel set out to seriously impair the movement's military abilities.

"The vast majority of those launched were homemade, only a small minority were Fajr 5 made by Iran," the official told reporters, speaking on condition of anonymity.

The Gaza manufacturers of these rockets used "water pipes" of different diameters for the bodies of the rockets, filling them with explosives made from materials such as products used in agriculture, the official said.

Hamas had adapted to manufacturing its own weapons after Egypt had cracked down on tunnels in the Rafah area into the Palestinian enclave, the official said.

Men from outside Gaza had in the past taught locals how to build the weapons, while some Gazans went to other countries in the region, including Syria and Iran, to acquire knowledge in the field, the Israeli official said, estimating some 150 people in Gaza were directly involved in producing projectiles.

Hamas surprised Israel during the campaign that began July 8 with its armed resistance to the Israeli military, experts have said, and was now seeking to make political gains in its negotiations on a long-term truce taking place in Cairo.