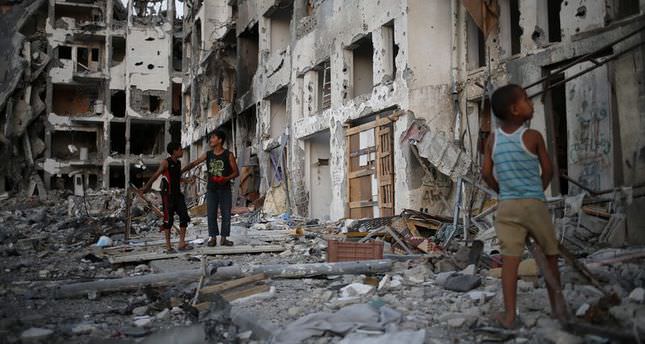 by AA Aug 08, 2014 12:00 am
Palestinian resistance faction Hamas has rejected the extension of a ceasefire with Israel, but said it will continue Egypt-brokered negotiations to reach a durable truce in the Gaza Strip.

"Factions have rejected the extension of the lull," Hamas spokesman Sami Abu Zuhri said in a brief press release on Friday.

He, however, said that Hamas will continue Egypt-brokered indirect negotiations with Israel, giving no further details.

Palestinian factions and Israel observed an Egyptian-brokered three-day ceasefire that ended at 08:00am on Friday.

The ceasefire was brokered following a month of incessant Israeli strikes against the Gaza Strip that left 1886 Palestinians dead and 9800 others injured. The attacks have also turned thousands of Gaza's buildings into rubble.

Palestinian factions and Israel held indirect talks in Cairo to extend the ceasefire, but no agreement was reached as Palestinian factions linked the extension to Israel's approval of their conditions, including lifting a years-long blockade on the Gaza Strip and the creation of a seaport.