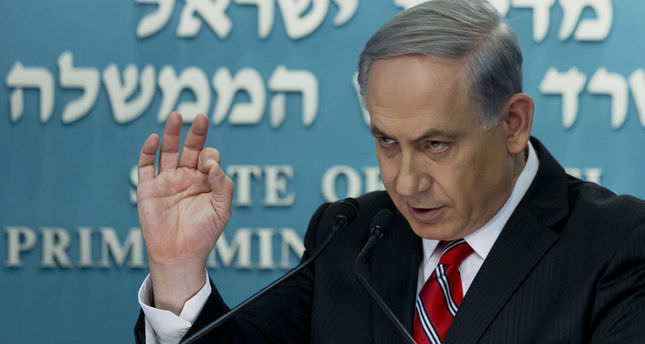 by AA Aug 08, 2014 12:00 am
An Israeli spokesman said Friday that Israel will not negotiate with Palestinian factions while rocket fire from the Gaza Strip continues.

"Israel will act to protect its citizens while making every effort not to harm civilians in Gaza," he said.

The spokesman accused Palestinian faction Hamas of violating an Egyptian-brokered ceasefire in the Gaza Strip.

Violence flared in the Palestinian territories on Friday following the end of a three-day ceasefire between Israel and Gaza-based Palestinian factions.

The ceasefire was brokered by Egypt following a month of incessant Israeli strikes against the Gaza Strip that left 1894 Palestinians dead and 9806 others injured. The attacks have also turned thousands of Gaza's buildings into rubble.

Palestinian factions and Israel held indirect talks in Cairo to extend the ceasefire, but no agreement was reached as Palestinian factions linked the extension to Israel's approval of their conditions, including lifting a years-long blockade on the Gaza Strip and the creation of a seaport.