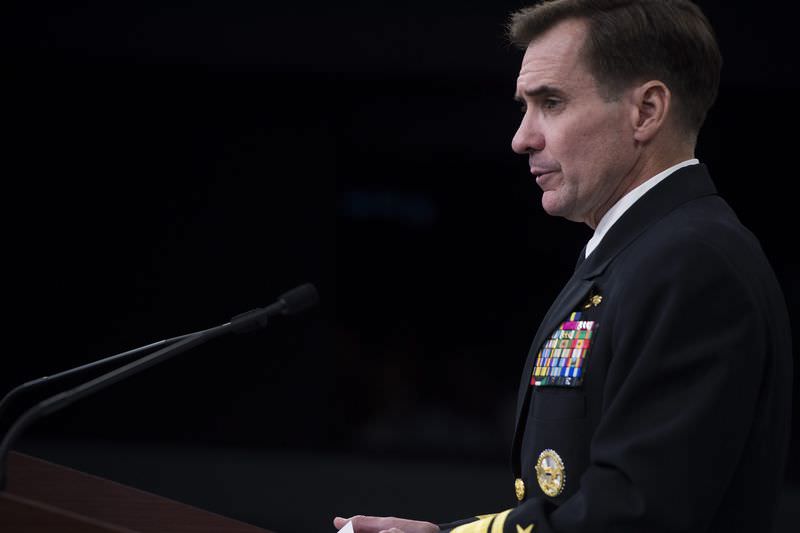 by Aug 08, 2014 12:00 am
US jets struck militant positions in northern Iraq on Friday, a potential turning point in a two-month crisis Washington said was threatening to result in genocide and to expose US assets.

President Barack Obama's order for the first air strikes on Iraq since he put an end to US occupation in 2011 came after Self-proclaimed Islamic State of Iraq and al-Sham (ISIS) militants made massive gains on the ground, seizing a dam and forcing a mass exodus of religious minorities.

Two US jets hit a mobile artillery piece near Irbil, he said.

Obama ordered US warplanes back into Iraqi skies to stop jihadists from moving into autonomous Kurdistan of northern Iraq and carrying out a potential genocide against displaced minorities.

The planes initially dropped food and water for thousands of people hiding from the militants in a barren northern mountain range.

Many people who have been cowering in the Sinjar mountains for five days in searing heat and with no supplies are Yazidis, a minority that follows a 4,000-year-old faith.

Obama accused the ISIS, which calls Yazidis "devil-worshippers", of attempting "the systematic destruction of the entire people, which would constitute genocide".

He also "limited" air strikes because of the jihadist threat to Washington's Kurdish allies, following a lightning advance that saw the terrorists move within striking distance of Irbil.

Panic had begun to grip the Kurdish capital after ISIS thrust into the Nineveh plains separating their main hub of Mosul and the autonomous territory over the past two days.

"We plan to stand vigilant and take action if they threaten our facilities anywhere in Iraq, including the consulate in Irbil and embassy in Baghdad," Obama said.

The Kurdish peshmerga, short of ammunition and stretched thin along a huge front, have been forced to retreat in the face of brazen assaults by the militants.


Their withdrawal from Iraq's Christian heartland on Wednesday and Thursday sparked a mass exodus and spurred Western powers into action.

Chaldean Patriarch Louis Sako said Iraq's largest Christian town of Qaraqosh was emptied of its population on Thursday and estimated the number of Christians forced from their homes at 100,000.

The capture of Mosul dam was another setback for the peshmerga who had been defending it and gave militants a power of life and death over a huge swathe of land.

A Kurdish and a local official said militants took it over on Thursday and warned that any "unscientific manipulation" could have disastrous consequences.

A 2007 letter to the Iraqi government based on a US assessment had warned that "catastrophic failure of Mosul dam would result in flooding along the Tigris river all the way to Baghdad."

While IS has weaponised dams before, Mosul dam provides water and electricity to its main stronghold and is crucial to its own state-building efforts.

In Mosul, the country's second city, identical sermons were delivered in all mosques Friday, residents said, with worshippers asked to swear obedience to the "caliph", Abu Bakr al-Baghdadi.


Yazidis and other minorities who fled the Sinjar area east of Mosul nearly a week ago have also been pouring into Kurdistan.

A senior US defence official confirmed a mission had started to save those still stranded in the mountains by dropping "critical meals and water".

One trapped Sinjari reached by phone on Friday said no aid had yet reached him and his family, sheltering in an old cave dwelling.

"Nothing has landed in this part of the mountain. We need all kinds of aid, food and water. There are many children here," he said.

Obama came to office determined to end US military involvement in Iraq, and in his first term oversaw the withdrawal of the huge ground force deployed there since the 2003 American-led invasion.

But the capture of huge swathes of land by militants, who in late June proclaimed a "caliphate" straddling Syria and Iraq, has brought a country already rife with sectarian tension closer to collapse.

Many Iraqis were sceptical of Obama's motives.

"He did nothing for three years but something happened to the Kurds and the Christians and he started talking about terrorism," said Rashaad Khodhr Abbas, a retired civil servant.

"Where were you all this time, Obama?"

ISIS has enjoyed a spectacular run of military successes in Iraq, but the group also scored a key victory in Syria, with the capture overnight of a key army base in Raqa province.

Observers say one of the main obstacles to coordinated action by all of ISIS ' Iraqi foes is Prime Minister Nuri al-Maliki, accused by many of having institutionalised sectarianism in recent years.

The United States, the Shiite religious leadership, powerful neighbour Iran and even much of his own party have all pulled their support but Maliki has dug his heels in.