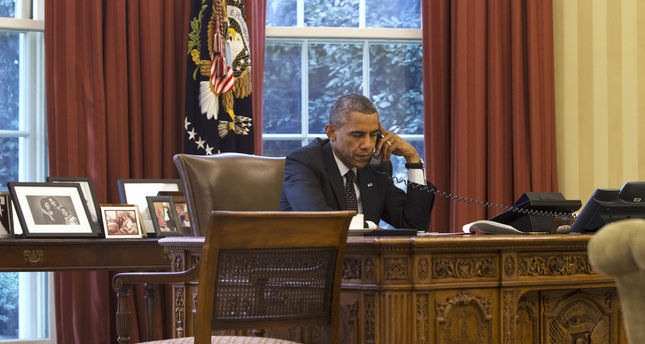 by Aug 08, 2014 12:00 am
President Barack Obama's authorization for limited military action in Iraq could eventually include more military support to Iraqi security forces working to repel ISIS once the country forms a new "inclusive" government, the White House said on Friday.

But the United States also has a third goal "related to our belief and commitment to supporting integrated Iraqi security forces and Kurdish security forces as they unite the country to repel the threat" posed by ISIS , he said, reiterating that any U.S. support will not be "prolonged" and will not involve sending U.S. troops to the country.