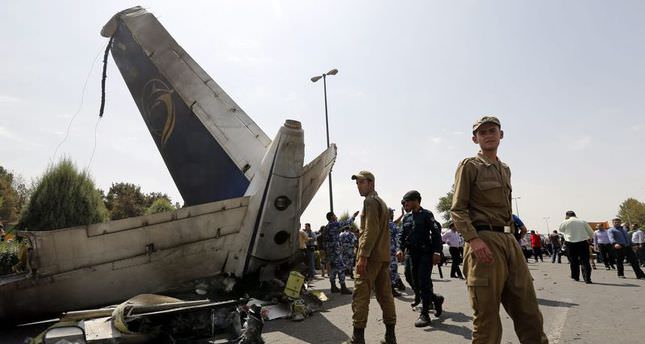 by Associated Press Aug 10, 2014 12:00 am
At least 30 passengers and eight crew members were killed Sunday in the crash. The plane, operated by Sepahan Air, was heading to Tabas, a town in eastern Iran. State TV said it took off at 9:20 a.m. local time (4:50 GMT) and crashed shortly afterward.

The reports of death toll in the crash varied from 30 to 40, with 11 injured.

Iranian airlines, including those run by the state, are chronically strapped for cash, and maintenance has suffered. U.S. sanctions prevent Iran from updating its American aircraft and make it difficult to get European spare parts or planes as well.