Egypt's Mubarak to defend himself in court Wednesday 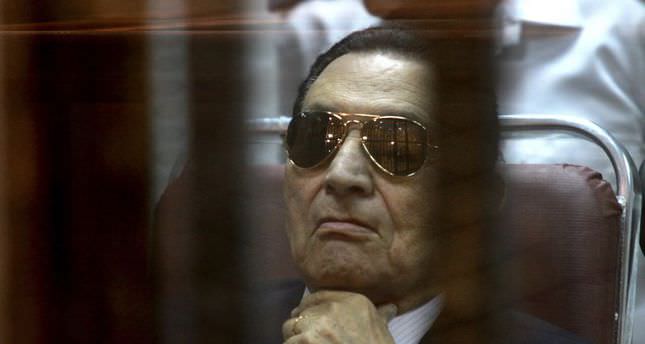 by AA Aug 11, 2014 12:00 am
An Egyptian court has adjourned until Wednesday the trial of ousted president Hosni Mubarak, his former interior minister and several other Interior Ministry officials charged with killing demonstrators during Egypt's 2011 popular uprising.

Court judges are expected to hear testimony from Mubarak during Wednesday's court session, according to an Anadolu Agency reporter.

On Wednesday, Ahmed Ramzi, head of Egypt's anti-riot police under Mubarak, said he had ordered the men under his command not to use violence against demonstrators during the uprising.

He added that top Interior Ministry officials had decided to rely only on water hoses and teargas when confronting anti-regime protesters.

"But our troops had to withdraw when the demonstrations intensified," Ramzi told judges.

Mubarak's 30-year-rule was abruptly brought to an end in February 2011 when millions of Egyptians took to the streets to demand social justice, jobs and an end to government corruption.

Hundreds of demonstrators were killed – and thousands injured – during the early days of the uprising, which erupted on January 25, 2011.

On Saturday, Habib al-Adly, Mubarak's interior minister at the time of the uprising, accused the Muslim Brotherhood – the movement from which ousted president Mohamed Morsi hails – of collaborating with Palestinian resistance movement Hamas to kill demonstrators during the uprising.

Speaking in court in the same trial, al-Adly claimed that police had not been armed during the uprising.

In late 2012 Mubarak and al-Adly were both sentenced to 25 years in prison for ordering the murder of demonstrators during the 2011 uprising.

The court later ordered a retrial.

Often called Egypt's "trial of the century," the Mubarak trial is being closely watched by millions of Egyptians who want to see the strongman – who monopolized the country's political life for three decades – brought to account.

On Wednesday, Mubarak, a former air force commander, will be allowed to speak publicly for the first time since the fall of his regime more than three years ago.