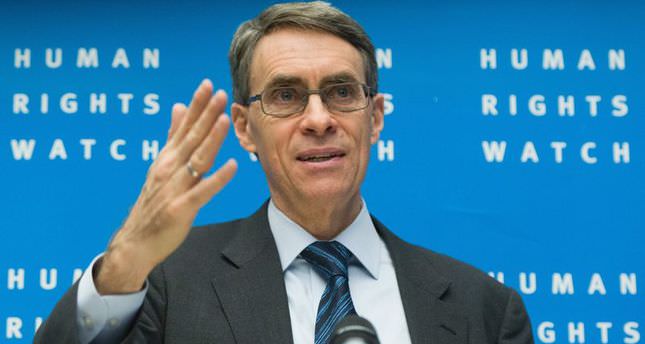 by Aug 11, 2014 12:00 am
The executive director of Human Rights Watch and another senior staff member were denied entry to Egypt for "security reasons" after being held at the Cairo airport for 12 hours, two of the group's staff said on Monday.

Kenneth Roth and Sarah Leah Whitson had flown to Cairo to take part in the launch of a report to be released on Tuesday on the mass killings of protesters by security forces last year.

Whitson tweeted on Monday morning that she had been held for 12 hours before deportation for "security reasons".

Omar Shakir, author and principle researcher of the group's report on the mass killings, confirmed to Reuters that Roth and Whitson had been denied entry after landing in Cairo and being held by authorities since Sunday night. He said the two would be leaving the airport on separate flights within hours.