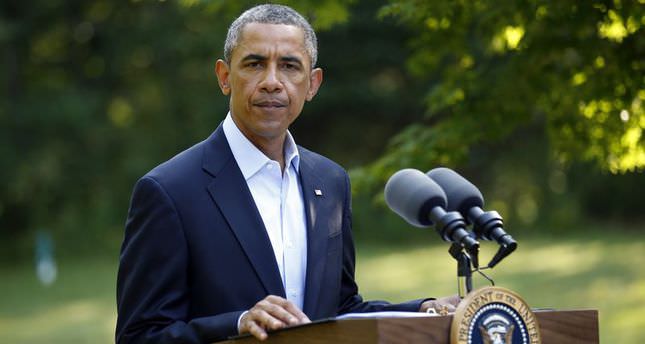 by Associated Press Aug 11, 2014 12:00 am
President Obama is giving his approval to the appointment of a prime minister to replace Nouri al-Maliki and urging the formation of a new government in Iraq as soon as possible.

In brief remarks delivered at his vacation spot in Martha's Vineyard, Obama said he and Vice President Joe Biden had spoken with Haider al-Ibadi, who was designated prime minister by the new president.

Obama also said the United States had successfully carried out targeted air strikes to support Kurdish fighters in their battle against ISIS , and conducted humanitarian relief missions to aid thousands of stranded women and children on a mountain in Iraq.

He said the only lasting solution in Iraq is the formation of an inclusive government Iraq has taken "a promising step forward" with the nomination of a new prime minister.