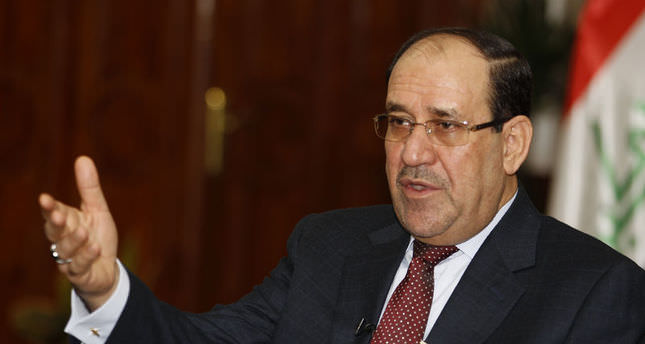 by Aug 11, 2014 12:00 am
Iraq's president moved to replace embattled premier Nuri al-Maliki on Monday, asking deputy speaker Haider al-Abadi to serve as PM and form a new government. Maliki called the move a "dangerous violation" of the constitution.

State television showed footage of Iraqi President Fouad Masoum shaking hands with Abadi and telling him: "I hope you will be successful in forming a broader-based government."

Maliki called the president's decision a "dangerous violation" of the constitution. In a televised speech broadcast just hours after Masoum nominated the deputy speaker, Maliki promised that "we will fix the mistake".

Maliki's supporters had earlier said they would go to court to fight the decision. "We will not stay silent," said a member of Maliki's political bloc.

"The nomination is illegal and a breach of the constitution. We will go to the federal court to object to the nomination," Hussein al-Maliki, Maliki's son-in-law, told Reuters.

Security forces loyal to Maliki deployed on the streets of Baghdad, closing two of the capital's main avenues as hundreds of his supporters rallied on Monday, underscoring fears that the premier may seek to stay in power through force.

A US official has already signalled Washington's readiness to support a new government in Iraq.

Maliki has repeatedly rejected calls for him to drop his bid for a third term as prime minister. Sunnis, Kurds and even fellow Shiites have called for him to step aside to allow a less divisive figure to take over.

Maliki's critics, including the United States, say he has alienated Sunnis politically, prompting many of them to support the ISIS militants from the Islamic State of Iraq and al-Sham(ISIS) who have seized towns and cities across northern Iraq and have threatened to march on Baghdad. ISIS, poses the biggest threat to Iraq's stability since the fall of Saddam Hussein in 2003.

Sectarian violence has again become widespread in Iraq, reaching levels not seen since unrest peaked in 2006-2007 in the era following the US-led invasion.

Abadi is a low-key figure who spent time in Britain. Educated at the University of Manchester, Abadi served as the head of parliament's finance committee, a political adviser to the prime minister and minister of communications. His Facebook biography says his favourite quotation is "the key to leadership is tolerance".

Earlier on Monday, Iraq's highest court issued a ruling saying that Maliki's State of Law Shiite bloc is the biggest in parliament and therefore was entitled to nominate a candidate for premier.