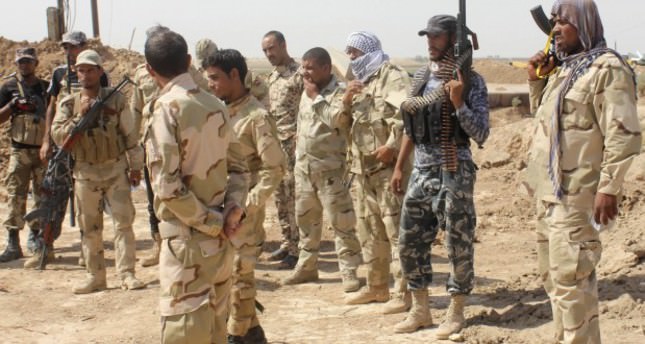 by AA Aug 13, 2014 12:00 am
Iraqi troops carried out an operation against the self-proclaimed Islamic State of Iraq and Al-Sham (ISIS) group in the western province of Anbar on Wednesday, killing 10 militants and two civilians.

The head of the Anbar Governorate Council, Sabah Kerhot told Anadolu Agency that the army's air forces had bombed an ISIS headquarters, located in Ramadi, the capital of Anbar.

In addition, the press official of Fallujah Hospital, Wissam al-Isawi, confirmed to AA that the bodies of two dead civilians had been brought to the hospital after the shelling, which hit several houses in the province.

Earlier on Tuesday, Peshmerga forces, the Kurdish Regional Government's army, also launched an operation against armed militants in the town of Jalawla in the Diyala province.

Hussein Ali Ahmad, a Kurdish commander, said Kurdish fighters had pushed back ISIS militants from the northern Qirmian and Qirimsir villages of Jalawla and had killed 17 armed militants in the process.

Four Peshmerga soldiers were killed and 23 others wounded during the Tuesday's gun battle, added the Kurdish commander.

The violence in Iraq escalated in early June after a coalition of armed groups linked to ISIS took control of large swathes of the country's predominantly Sunni provinces.