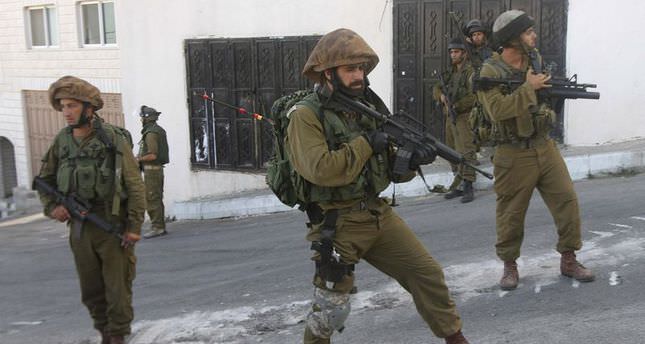 by AA Aug 13, 2014 12:00 am
The Israeli army has detained 12 Palestinians, including a member of the resistance movement Hamas, in different areas of the occupied West Bank.

In a statement quoted by Israel Radio, the Israeli army claimed that the Hamas member, who was arrested in the southern West Bank city of Hebron, was planning attacks on Israeli targets.

The army said the detained Palestinians included four from the northern part of the West Bank, three from Hebron and one from Jericho.

It gave no further details about the rest.

Hundreds of Palestinians, including several Hamas members, former ministers and lawmakers, have since been detained.