Israel refuses to comply with UN inquiry on Gaza 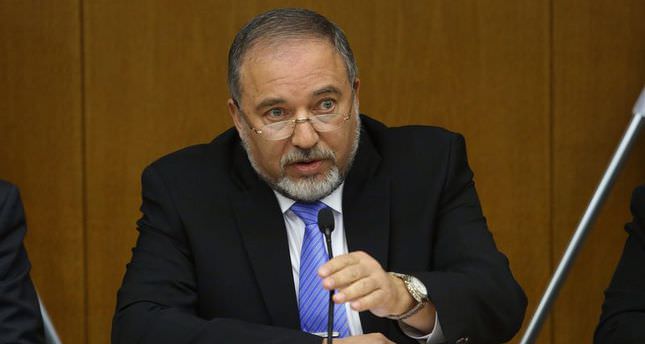 by AA Aug 13, 2014 12:00 am
Israeli Foreign Minister Avigdor Lieberman has lashed out at an inquiry panel set up by the U.N. to investigate alleged war crimes committed by Israel during the latter's weeks-long onslaught on the Gaza Strip.

"We must not cooperate with the [U.N.] committee," Lieberman asserted in a Wednesday press statement. "We must not give legitimacy to a biased committee."

On Monday, the Geneva-based U.N. Human Rights Council (UNHRC) ordered the formation of an "independent commission of Inquiry" tasked with investigating possible Israeli violations of international and human rights law "in the West Bank and, particularly, the Gaza Strip."

At least 1955 Palestinians have been killed and nearly 10,000 others injured in relentless Israeli attacks on the Gaza Strip since the launch of Israel's "Operation Protective Edge" early last month.

According to Israeli figures, at least 64 Israeli soldiers have been killed in battles with Palestinian fighters in the embattled coastal strip, while three Israeli civilians were killed by Palestinian rocket attacks.

"If such a man [Schabas] can be chosen as the chairman of this commission, no one should be surprised that Israel is not cooperating with it," Lieberman said, adding that Schabas "should not be allowed to step inside Israel."

Schabas has voiced criticism of the Israeli government in recent years, including comments suggesting that Israeli Prime Minister Benjamin Netanyahu and President Shimon Peres should be prosecuted before the International Criminal Court.


Additionally, Israel will not agree to a ceasefire deal with Palestinian groups that does not include the return of the remains of two Israeli soldiers recently killed in the Gaza Strip, Foreign Minister Avigdor Lieberman said Wednesday.