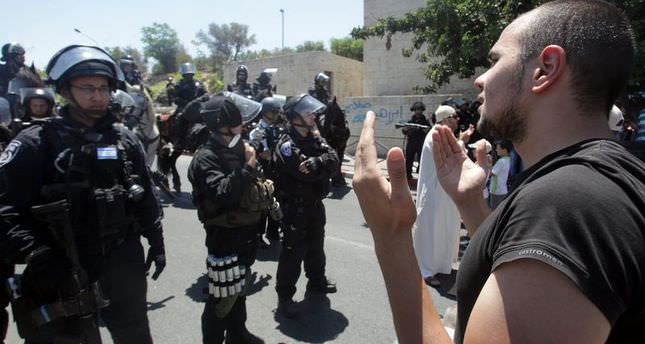 by AA Aug 14, 2014 12:00 am
Israeli police have arrested 52 Palestinians in East Jerusalem for alleged involvement in clashes with Israeli forces, a spokesman said.

"Suspects threw stones and petrol bombs at police units and officers," he added.

Tensions have been piling up in the West Bank since Israel launched a military offensive against the blockaded Gaza Strip with the aim of halting rocket attacks.

At least 1951 Palestinians have been killed and nearly 10,000 others injured in Israeli attacks in the Gaza Strip since July 7.

During the same period, at least 64 Israeli soldiers have been killed in battles with Palestinian fighters in the strip and three civilians by rocket fire, according to Israeli figures.