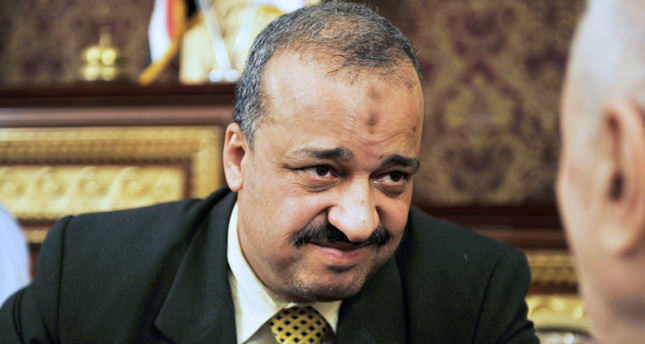 by Yusuf Selman İnanç Aug 14, 2014 12:00 am
Asma al-Beltagy was one of the victims of the coup in Egypt last July, headed by General Abdel-Fattah el-Sissi. She was killed by a police officer using a sniper rifle to hunt protesters in the squares, chanting slogans against the coup and for Mohammed Morsi, Egypt's first democratically elected president. She was only 17 when she was shot last Aug. 14 in Rabaa al-Adawiya Square, which has become the symbol of anti-coup protests. It was claimed that she was chosen as a target deliberately as her father Mohamed al-Beltagy was one of the leaders of the Muslim Brotherhood.

Beltagy, who has been in prison since before the massacre, wrote a post on Facebook, saying, "The fact that you were targeted by the patchiest snipers on that fateful day constitutes proof of the righteousness of the cause you died for. Death and imprisonment cannot intimidate me after your precious blood and pure soul taught me the true meaning of sacrifice for justice and freedom in the name of God."

His daughter's death echoed across the world; thousands of people from several Muslim and non-Muslim countries organized demonstrations against the coup and its supporters. When she was killed, her father was in prison, jailed by the new government. A letter written by him was translated into dozens of languages including Turkish. In the letter he told her daughter about his love and sadness for not being able to attend her funeral. The letter made Turkish Prime Minister Recep Tayyip Erdoğan cry during a televised program, when it was read. Hundreds of Turkish people printed the letter and hung it on walls in their homes and shops. Thousands of people attended the religious ceremony and organized to pray for her soul in several mosques across Turkey. It has become the norm to see her picture in Turkish people's homes, cars and elsewhere.

Last year, security forces arrived in the morning to clear the square and blocked all the entrances and exits from 6:00 a.m. until 6:00 p.m. The bloody raid caused the death of approximately more than a 1,000 people. While the Muslim Brotherhood claims that the death toll was more than 1,500, the Human Rights Watch organization report said there was a minimum of 817 deaths. The Rabaa massacre has ignited anger around the world and today thousands of people not only in Egypt, but also from Turkey to Indonesia, have organized demonstrations to condemn the bloody attack on the peaceful and unarmed protesters.

Since Morsi's ouster, Egypt's military-backed authorities have waged a relentless crackdown on his supporters and on other political dissidents in which hundreds have been killed and thousands are believed to have been jailed.