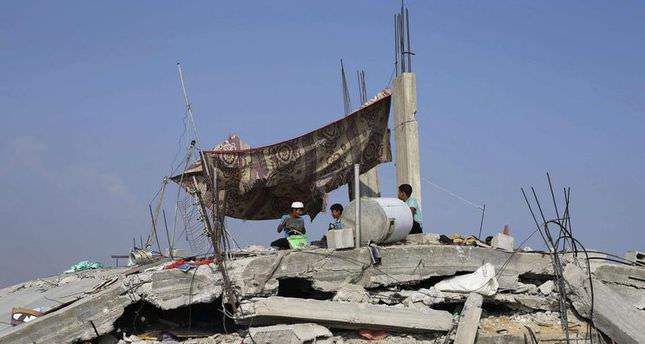 by AA Aug 14, 2014 12:00 am
An Israeli army spokesman said Thursday that Israel is ready to counter any violation of a temporary ceasefire with Palestinian factions in the Gaza Strip.

"After 8 rockets launched at Israel, we are waking up to an extended ceasefire," Peter Lerner wrote on his official Twitter account.

"IDF [army] will be prepared for further Hamas aggression," he said.

Palestinian factions and Israel have agreed to extend a temporary ceasefire in the Gaza Strip for five days as of midnight Wednesday.

Palestinian and Israeli negotiators held two rounds of indirect talks in Egypt with a view to hammering out a permanent ceasefire arrangement.

Palestinian factions have linked any permanent ceasefire deal to concessions by Israel, including the lifting of a years-long blockade on the Gaza Strip and allowing the establishment of a seaport, among others.