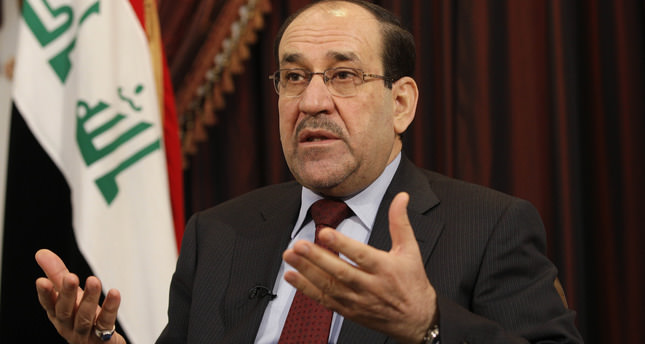 by Aug 15, 2014 12:00 am
Here are the main dates of the eight years in power of Iraq's divisive prime minister Nuri al-Maliki, who finally bowed out under international pressure on Friday:

--2006--
- February 22: Revered Shiite shrine in Samarra blown up, triggering later a sectarian war that will continue to rock Iraq until 2008, killing tens of thousands.
- April 22: President Jalal Talabani, a Kurd asks Maliki, a Shiite, to form a new government to replace Ibrahim Jaafari who was contested by Sunnis and Kurds.
- May 21: A national unity cabinet is sworn in, dominated by Maliki's United Iraqi Alliance which won most seats in parliamentary election.
- October 11: Parliament passes law allowing the 18 provinces to hold referendums to merge themselves into larger federal regions with a measure of self-government. It is opposed by Sunnis who fear their community would be left with a rump territory in the barren west and centre of the country.


--2007--
- August 14: More than 400 are killed in attacks targeting members of the minority Kurdish-speaking Yazidi community in northern Nineveh province. Al-Qaeda is blamed. The violence is the worst since dictator Saddam Hussein was overthrown in the 2003 US-led invasion.

--2010--
- March 7: Inconclusive parliamentary elections unleashes political crisis between Sunnis and Shiites.
- November: Political leaders announce deal stating the president of Iraq would be a Kurd, the prime minister a Shiite and the speaker of parliament a Sunni. Talabani reappoints Maliki as government chief.

--2012--
- September: Formation of a new federal military command covering disputed territory in Kirkuk in northern Iraq sends already-poor relations between Baghdad and the autonomous Kurdistan region plummeting.
- December 23: The start of major protests, particularly in the Sunni province of Anbar, demanding Maliki's ouster and accusing him of monopolising power and discriminating against Sunnis.

--2013--
- April 23: Start of a week of clashes in Hawijah in northern Iraq between security forces and anti-government protesters allegedly infiltrated by militants that leave more than 240 dead.
According to the NGO Iraq Body Count, 2013 was the deadliest year since 2008, with 9,475 civilians killed.