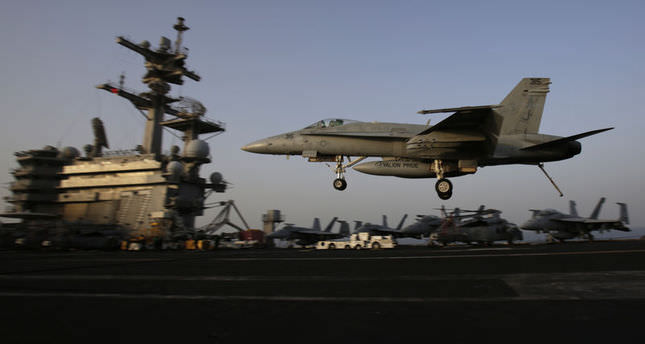 by Associated Press Aug 18, 2014 12:00 am
The Pentagon says a new round of 15 U.S. airstrikes near the Mosul dam in northern Iraq were justified because the dam's failure could trigger a humanitarian disaster.

A Pentagon spokesman, Col. Steve Warren, said Monday the U.S. had no indication of the dam's imminent failure, but the airstrikes were part of a broader U.S. mission to help protect Iraq's critical infrastructure. The dam was captured by ISIS earlier this month.

Warren said it is too early to say that Iraqi forces have recaptured the dam, which is located north of Mosul, the largest city in northern Iraq.

U.S. Central Command said U.S. fighters, bombers and drones conducted 15 strikes Monday near the dam. That is in addition to 16 airstrikes on Sunday and nine on Saturday.