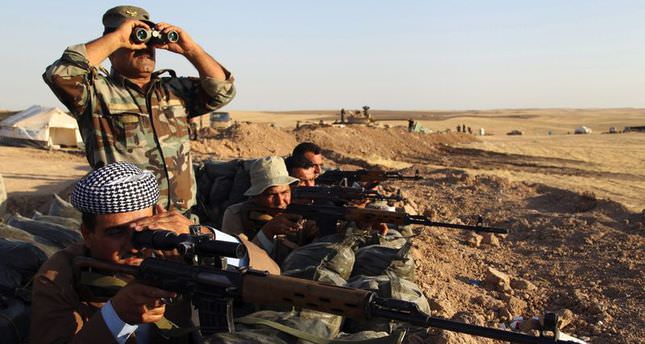 by Aug 18, 2014 12:00 am
Iraqi Kurdish forces said they recaptured Iraq's biggest dam from the self-proclaimed Islamic State of al Sham (ISIS) militants on Monday, as the United States launched air strikes to secure what has become a vital strategic objective in fighting that threatens to break up the country.

An employee at the site, however, said ISIS militants still held the Mosul Dam, giving them control over power and water supplies and where any breach of the vulnerable structure would threaten thousands of lives.

U.S. fighter, bomber and drone aircraft took part in the strikes on ISIS positions near the dam, the Pentagon said. The strikes damaged or destroyed six armed vehicles, a light armoured vehicle and other equipment.

The U.S. military said it believed the air strikes around the dam had been effective in holding Islamic State militants in place so Iraqi and Kurdish forces could manoeuvre against them.

But Army Colonel Steve Warren, a Pentagon spokesman, said operations around the dam were "ongoing" and he was not prepared yet to say whether it had been retaken by Iraqi forces.

As fighting intensified, ISIS militants were said to have killed dozens of Kurdish fighters and captured 170 of them, according to a Twitter site that supports the group.

ISIS' seizure of the Mosul hydroelectric dam in northern Iraq earlier this month marked a stunning setback for Baghdad's Shi'ite-led authorities and raised fears the militants could cut electricity and water, or even blow the shaky structure, causing huge loss of life and damage down the Tigris river valley.

Iraqi officials hailed what they said was a strategic victory in regaining control of the dam, and announced that the next objective would be to win back Mosul itself, the biggest city in northern Iraq which lies 40 km (25 miles) downstream.