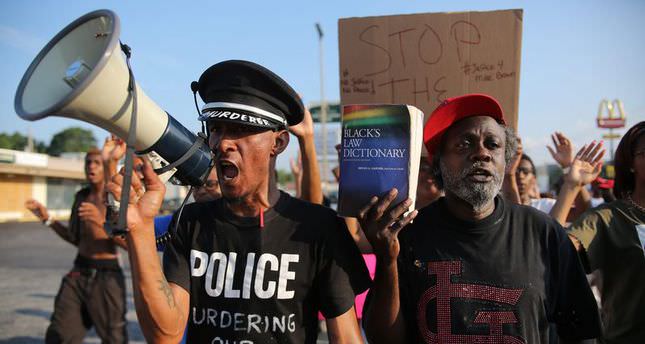 by Aug 19, 2014 12:00 am
Egypt on Tuesday urged U.S. authorities to exercise restraint in dealing with racially charged demonstrations in Ferguson, Missouri - echoing language Washington used to caution Egypt as it cracked down on Islamist protesters last year.

It is unusual for Egypt to criticize such a major donor, and it was not immediately clear why the government would have taken such a step.

Western allies have voiced concern about the democratic credentials of President Abdel Fattah al-Sissi, the army chief who toppled Morsi and went on to win elections. The United States has, however, continued to provide military and other support to Cairo.

The Egyptian Foreign Ministry's statement on the unrest in Ferguson read similarly to one issued by U.S. President Barack Obama's administration in July 2013, when the White House "urged security forces to exercise maximum restraint and caution" in dealing with demonstrations by Morsi supporters.

The ministry added it was "closely following the escalation of protests" in Ferguson, unleashed by the fatal shooting of an unarmed black teenager by a white policeman on August 9.