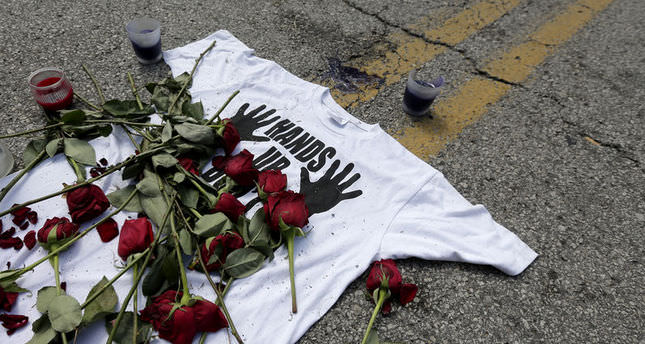 by Aug 19, 2014 12:00 am
Funeral services are planned on Monday for an unarmed black teenager whose fatal shooting by a white policeman in Missouri has ignited more than a week of racially charged clashes in the St. Louis suburb of Ferguson.

As lawyers for the family of Michael Brown, 18, announced plans on Tuesday for his funeral, U.S. lawmakers called for calm and a change in police tactics that have so far failed to soothe angry demonstrators.

Police said they came under gunfire again overnight and made dozens of arrests despite the deployment of Missouri National Guard troops and the lifting of a curfew to allow protesters more freedom to demonstrate.

There were at least 57 arrests on Monday night and into Tuesday, most on a charge of failure to disperse, according to the St. Louis County Justice Services Center. It said 15 of those arrested were from outside Missouri.

President Barack Obama said on Monday he told Missouri Governor Jay Nixon that use of the National Guard should be limited, and he also called for conciliation. Attorney General Eric Holder plans to visit Ferguson on Wednesday.


In a separate incident just miles (km) from the protests, a 23-year-old black man holding a knife was fatally shot by police on Tuesday, police told a news conference. They said two officers opened fire after the man ignored repeated calls to drop his weapon.