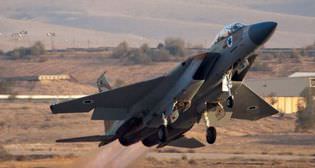 Israel carried out at least four air strikes across Gaza on Tuesday and ordered its negotiating team back from truce talks in Cairo after three rockets hit the country's south. It was the most serious cycle of violence since tit-for-tat rocket and air strikes overnight Wednesday as one truce ended and another took hold.

The air raids came minutes after Prime Minister Benjamin Netanyahu ordered the military to respond to three rocket attacks near the southern city of Beersheva as the two sides observed a 24-hour truce. Palestinian witnesses and security officials said the air raids targeted open areas in the northern area of Beit Lahiya, in Maghazi in the centre, and in Khan Yunis and in Rafah in the south.

Thousands of Palestinians fled their homes in neighborhoods of eastern carrying bags of clothes, pillows and mattresses after renewed Israeli airstrikes, witnesses said.

An AFP reporter saw hundreds of Palestinians streaming out of Shejaiya, an area devastated by more than a month of fighting between Israel and Hamas.

Thousands more were leaving the Zeitun and Shaaf areas, alarmed by a series of explosions, and heading towards shelters in U.N. schools, the witnesses said.

There were no immediate reports of injuries or damage on either side of the border. Nor was there any claim of responsibility for the rockets fired at Beersheva which is home to around 200,000 people.

The Israeli foreign ministry declared the rocket attacks a violation of a 24-hour ceasefire, which had been agreed in Cairo late Monday and was due to expire at 2100 GMT. A government official said Israel's negotiating team had been ordered to return immediately from truce talks in Cairo, which Egyptian officials had been mediating with the Palestinians.

Hamas spokesman Sami Abu Zuhri accused Israel of sabotaging indirect talks in Cairo aimed at brokering a longer-term ceasefire. "We don't have any information about firing rockets from Gaza. The Israeli raids are intended to abort the negotiations in Cairo," Abu Zuhri told AFP.