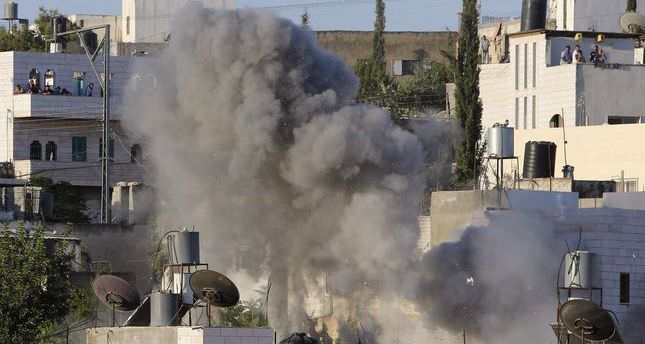 by AA Aug 20, 2014 12:00 am
Israeli army forces demolished early Wednesday nine Palestinian homes in the central and northern West Bank, including four that were more than a century old, a Palestinian official has said.

"These homes didn't need [Israeli building] permits as they were built before Israel's occupation of Palestine," Ghassan Daghlas, the Palestinian official responsible for the Israeli settlements file, told Anadolu Agency.

The move, he asserted, showed that Israel had begun a new phase of home demolitions aimed at ridding local villages of their Palestinian residents to make way for more Jewish-only settlements.

Daghlas noted that the Israeli army had demolished two other homes in the northern West Bank on the pretext that they had been built without license.

According to eyewitnesses, the residents of the three homes-sheepherders-had lived in the area for years.

Israeli bulldozers, they said, had demolished the homes without warning the residents or giving them prior notice.

Home demolitions by Israel in the occupied Palestinian territories are a common occurrence.