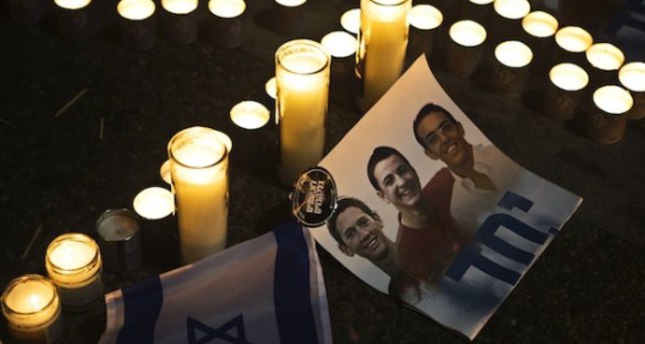 by Aug 21, 2014 12:00 am
A top Hamas official said members of his movement kidnapped three Israeli teenagers whose deaths in June provoked a spiral of violence that led to the ongoing war in Gaza, the first acknowledgement of the movement's involvement.

Speaking at a conference in Istanbul, Saleh al-Arouri, a Hamas official from the West Bank who lives in exile in Turkey, appeared to confirm Israeli allegations that the group was behind the teenagers' abduction.

"There was much speculation about this operation, some said it was a conspiracy," al-Arouri told delegates at the meeting of the International Union of Islamic Scholars on Wednesday, a recording of which was posted online by organizers.

"The popular will was exercized throughout our occupied land, and culminated in the heroic operation by the Qassam Brigades in imprisoning the three settlers in Hebron," he said, referring to Hamas's armed wing.

Hamas officials have up to now refused to confirm or deny any involvement.