Abbas arrives in Cairo for talks on Gaza 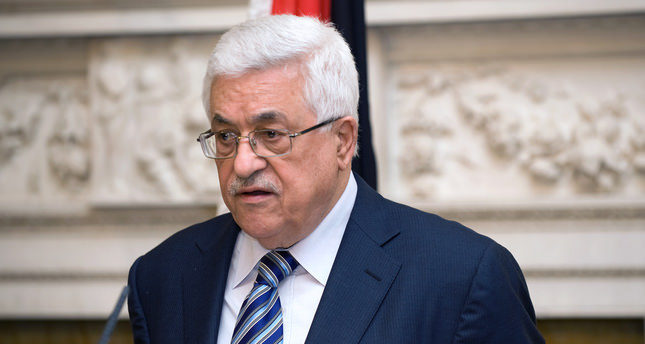 by AA Aug 22, 2014 12:00 am
Palestinian Authority President Mahmoud Abbas arrived in Cairo on Friday for talks with Egyptian officials regarding efforts to bring about a ceasefire between Israel and Palestinian factions in the embattled Gaza Strip, diplomatic sources have said.

Abbas, who arrived from Doha, is slated to meet with Egyptian President Abdel-Fattah al-Sisi to discuss the outcome of recent talks in Jordan and Qatar regarding the situation in Gaza, the sources added.

Talks had also touched on prospects for establishing a Palestinian state with East Jerusalem as its capital, according to Qatar's official news agency.

Violence flared up again this week following the collapse of Egypt-hosted indirect talks aimed at reaching a permanent ceasefire deal, with Israel accusing Palestinian resistance factions of violating a temporary truce with a rocket barrage.

The claim was denied by Hamas, however, which in turn accused Israel of attempting to derail the ceasefire talks in Cairo.

Since hostilities began on July 7, at least 2091 Palestinians have been killed-the vast majority of them civilians-and more than 10,000 injured by devastating Israeli attacks across the Gaza Strip.

According to Israeli figures, at least 68 Israelis have been killed over the same period: 64 soldiers in ground operations inside the Gaza Strip and four civilians by Palestinian rocket fire.

Since 2007, the Gaza Strip has reeled under a crippling Israeli blockade that has taken an enormous toll on the coastal territory's economy and played havoc with residents' livelihoods.