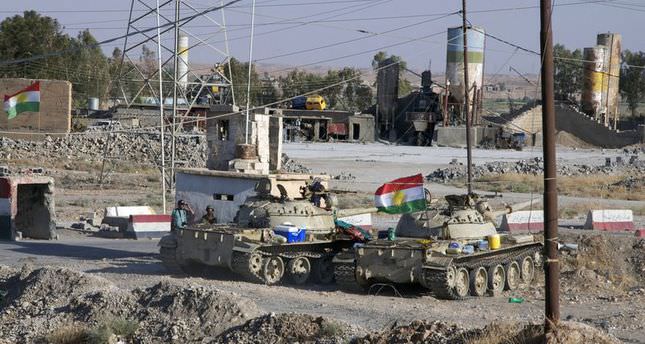 by Aug 22, 2014 12:00 am
Iraq's Kurdish peshmerga forces on Friday launched an operation to retake the flashpoint town of Jalawla from self-proclaimed Islamic State of Iraq and Al-Sham (ISIS) fighters, Kurdish officials said.

Patriotic Union of Kurdistan (PUK) party official Shirko Mirwais said the battle to reclaim the town lost to ISIS fighters on August 11 had already left several dead on both sides.

"The peshmerga advanced on Jalawla from several directions" before dawn, he said, adding that they had already taken back several positions, cutting off the militants.

He said nine peshmerga had been wounded in the fighting but could not say how many had been killed.

Another PUK official, Mullah Bakhtiar, confirmed the operation was under way and said it had already achieved some of its goals.

Kurdish forces lost at least 10 fighters when ISIS took the town, a strategic choke-point 130 kilometres (80 miles) northeast of Baghdad and only 30 (18 miles) from the border with Iran.

Jalawla has consistently been one of the deadliest flashpoints along the peshmerga's 1,000-kilometre front.